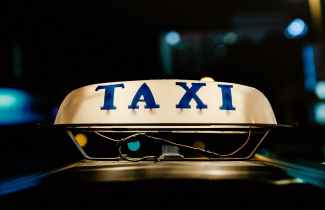 Dear manager,
I am writing to ask you to look out for a hat which I left in one of your taxi cars on Tuesday.

I would also like to complain about your employee who drove that car.

I don’t get out very often — in fact, last Tuesday night was the first time in eight years — but for some time I have been highly impressed by your advertisements on television.
I am a great fan of opera and I have to tell you there have been many nights I have gone to my dormitory not being to get your jingle by The Three Taxi Drivers out of my head.

It is weird.
When my doctor holds up a card with the word ‘bad’ on it, or ‘matches’, or ‘hurt’, my mind is always a blank.
When I hear your company’s name, however, I always think immediately of that catchy little tune and the equally catchy lyrics “We’re the Courteous Drivers Three who always get you there quickly, smoothly and next to free.”

I also think of Pavarotti, Domingo and Carrerras.

His name was something like Mario or Giovanni, which I rather thought was a good start.
But he definitely did not sing. He just whined and whined and whined in a falsetto that would have embarrassed the Bee Gees.

He did drive very quickly, which might explain why, when I looked in the passenger-side rear-view mirror, I saw at least eight police cars trailing us.

But he was talking too much to hear their sirens and the loud-speaker from the police helicopter above us ordering him to pull over.

“The police, they always apick on me,” he told me, completely unsolicited and oblivious of their presence behind and above us.
“I don’ta know why.
“Last week I getta a ticket for going through a reda light.
“It wasa three o’clock in the morning, for crying out louda.
“The only other car on the roada at that time of the morning was a polizia car. How unlucky is thata?
“And what’s worse, the poliziotto who booked me was the same uomo who booked me the previous weeka for speeding. How unlucky is THATA?
“What do you think of thata?”

On another day, I might well have told him that I think he should slowa down and surrendera to police – but, as it happens, I was in rather a hurry and didn’t mind a whole lot.

In fact, my trip on Tuesday was quite spontaneous.

You might call it a window of opportunity, though I choose to blame it on a door a guard forgot to lock.

You have no idea how hard it was to hail down your cab while still dressed in my straight-jacket.
It was nearly as hard as putting on the hat before I escaped.
Actually, it isn’t even my hat.
It is the warden’s. I borrowed it, hoping that it would serve as a cunning disguise. I found it hanging on a hat rack and had to manoeuvre my head into it.

“Taxi,” I called urgently as they whizzed past me on the main street. “Taxi? Taxi? Taxi?!”

I can at least be thankful that Liugi, or whatever his name is, actually stopped for me.
You probably have no idea how many taxi drivers absolutely refuse to pick up men wearing straight-jackets.

“Where do you wanta go?” he asked.

“Anywhere,” I said breathlessly. “Just away from here. Quickly.”

He finally screeched to a halt at a roadblock.

“Oh no, nota again! Hanga on to your hat,” he cried as he slammed on the brakes.

Well, I couldn’t, could I! Not with a straight-jacket restraining my hands.
The hat flew off my head and towards the back on the taxi.

Next thing I knew, the door was flung open and I was being frogmarched – hat-less – to the back of a paddy wagon.

So, I hope you understand my predicament.

I am likely to be in big, big trouble if the warden realises it was me who lost his hat.

PS: Second thoughts, seeing as I never got a chance to pay Beppy, or whatever his name is, his fare, please keep the hat in lieu.